You are at: Planned Giving > News > Finance News 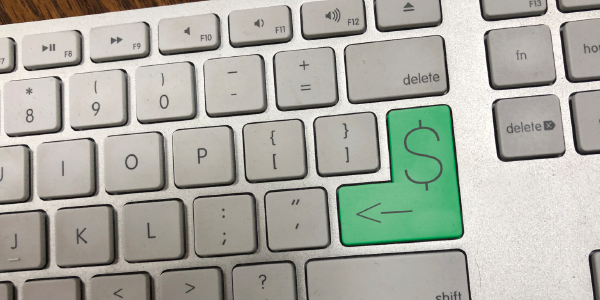 Royal Caribbean Group (RCL) reported quarterly and full-year earnings on Monday, February 22. Although the cruise ship operator reported losses, stock prices jumped 9% in response to cautious optimism that the industry could begin to recover from the impact of the COVID-19 pandemic.

Royal Caribbean reported revenue of $34.14 million for the fourth quarter, down from revenue of $2.52 billion reported in the same quarter last year. For the full year, the company reported $2.21 billion in revenue, down from $10.95 billion in the previous year.

"The COVID-19 pandemic is having a painful and profound impact on our world and our business; unquestionably, this crisis is the most difficult in the Company's history," said Royal Caribbean Group's Chairman and CEO Richard D. Fain. "But we have been impressed and grateful for the resourcefulness and agility of our team in responding to these unprecedented challenges. More importantly, we remain confident about the ability of our Company to recover and return to the positive trajectory we were on previously."

Royal Caribbean implemented a voluntary suspension of its cruise operations in March 2020, which has been extended for most ships through the end of April 2021. Approximately 53% of guests on cancelled cruises have requested cash refunds. Others have chosen to postpone their reservations or receive a credit toward a future cruise. The company reported that advance bookings for the first half of 2022 are within historical ranges and at higher prices. About 75% of the 2022 bookings are new reservations, while the remaining 25% reflect postponed reservations or credit redemptions.

Lowe's announced revenue of $20.31 billion for the quarter, exceeding analysts' estimates of $19.4 billion. This is up from revenue of $16.03 billion reported in the same quarter last year. For the full year, revenue reached $89.60 billion.

"Strong execution enabled us to meet broad-based demand driven by the continued consumer focus on the home, with growth over 16% in all merchandising departments, over 19% across all U.S. regions and 121% on Lowes.com," said Lowe's CEO Marvin Ellison. "I am pleased with our progress in 2020 as we generated nearly $90 billion in sales, with annual sales growth of over $17 billion, while also enhancing our operating efficiency. Looking ahead to 2021, we expect to grow market share and drive further operating margin expansion."

Comparable sales for U.S. stores increased 28.6% in the fourth quarter. Overall, comparable sales increased 28.1%. The company invested over $100 million in COVID-related support of frontline hourly associates in the fourth quarter. For the full year, the company reported investing nearly $1.3 billion in COVID-related support for its associates, stores and their surrounding communities.


TJX Companies, Inc. (TJX) reported its fourth quarter and full-year earnings on Wednesday, February 24. The apparel and home fashions retailer reported a decrease in revenue and earnings due to store closures around the globe for almost a quarter of the year.

"As we start the new fiscal year, while uncertainty around COVID-19 remains, we feel very good about the strength of the business and our market share opportunities beyond the health crisis," said TJX CEO and President Ernie Herrman. "We are convinced that our entertaining, treasure hunt shopping experience, our differentiated, branded merchandise selections, and value proposition will continue to resonate with consumers. We see many opportunities to leverage our flexible business model, gain more customers, and continue driving the successful growth of TJX for many years ahead."

After adding 43 stores in 2020, TJX now operates 4,572 stores in nine countries. While most U.S. stores were open during the fourth quarter, about 63% of stores in Europe and 32% of stores in Canada were closed. Despite an overall decline in revenue, the company's sales from HomeGoods stores increased by 12% for the quarter and 13% for the year. The company declared a dividend of $0.26 per share in the fourth quarter.

Treasury yields continued to rise this week, once again hitting the highest levels seen since February 2020. The continued rise in rates was attributed to anticipated improvement in economic conditions.

On Thursday, the benchmark 10-year Treasury note reached as high as 1.6%. The jump in the 10-year yield coincided with a drop in the stock markets.

"Greater optimism on the economic outlook has led to US yields breaking above the widely watched 1.5% threshold, driven by real rates," said Barclays equity strategist, Emmanuel Cau. "Ultimately, rising growth and inflation expectations are bad for bond returns and good for equities. It means the positive yield/equity correlation of the last few months is unlikely to diminish, as long as central banks err on the side of caution and contain the rebound in real rates. Dips due to bond market volatility should thus be bought into, in our view."

On Thursday, the U.S. Department of Labor reported there were 730,000 unemployment claims, down 111,000 from the previous week's adjusted numbers and below the 845,000 analysts expected. First-time unemployment claims showed the largest drop week-over-week since last August.

"The sharp decline [in unemployment claims] likely reflects the impact of weather-related disruptions," said High Frequency Economics economist Rubeela Farooqi. "Overall, layoffs are continuing at an elevated level and an extraordinarily high number of people remain on government support. Job growth will improve gradually and will benefit from virus-related restrictions being lifted."

Freddie Mac released its latest Primary Mortgage Market Survey on Thursday, February 25. The report showed an increase in interest rates for the week.

"Optimism continues as the economy slowly regains its footing, thus affecting mortgage rates," said Freddie Mac's Chief Economist, Sam Khater. "Though rates continue to rise, they remain near historic lows. However, when combined with demand-fueled rising home prices and low inventory, these rising rates limit how competitive a potential homebuyer can be and how much house they are able to purchase."

Based on published national averages for the week of 2/22, the national savings rate was 0.04%. The one-year CD averaged 0.15%.