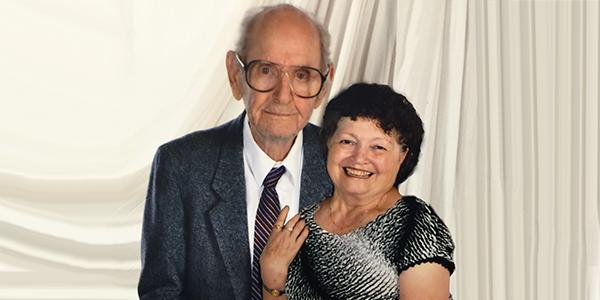 Earl excelled in his studies, taking 16-20 units while working 50+ hours a week. Upon completing his degree, he joined the Los Angeles office of Arthur Andersen, where he became known for his insightful estate/gift planning and his personal integrity.

Earl and Shirla had two children before her death in 1968.

Earl married Merrilyn Hawkins in 1969. Merrilyn had one child and they later had three more together. Earl and Merrilyn moved to Santa Barbara in 1972 to open the Arthur Anderson office in Santa Barbara. Earl's expertise in estate and gift tax law was critical in Arthur Andersen's decision to establish a Santa Barbara presence.

Earl and Merrilyn immersed themselves in the Santa Barbara community. They were active members of The Church of Jesus Christ of Latter-day Saints. Earl was, above all, a family man. He was at home like clockwork for dinner – even during tax season. Earl particularly enjoyed playing golf with his kids and participating in his sons' Boy Scout activities. Merrilyn focused on the important work of being a mother to their six children.

While a member of the United Way of Santa Barbara County Board of Directors in the late 1970s, Earl proposed the establishment of a planned giving program. A seasoned participant in almost every phase of United Way's organization, Earl's enthusiasm, interest and dedication were clear. Earl brought yet another critical resource to United Way – Earl was also an expert on the tax economics of charitable giving and long range financial planning, having authored the first Tax Economics of Charitable Gifts publication ever produced by Arthur Andersen.

In 1981, Earl bought the Santa Barbara office of Arthur Anderson and established the present-day accounting firm Damitz, Brooks, Nightingale, Turner & Morrisset. Earl Damitz, Rick Nightingale and Tom Brooks had the vision of keeping the Big 8 legacy (now Big 4) while growing an even stronger client base that would allow firm members and their families to enjoy the local lifestyle of Santa Barbara.

On November 7, 2020, at the age of 92, Earl passed away peacefully at home of natural causes. Merrilyn, his wife of 50 plus years, was by his side. Each of his children and their spouses, along with many grandchildren, visited with Earl before his passing.

Earl and Merrilyn are three time Heritage Club donors, having committed gifts both personally and through Damitz, Brooks, Nightingale,Turner & Morrisset. In lieu of flowers, the family requests that gifts be made in memory of Earl to the United Way of Santa Barbara County Endowment, which Earl spearheaded in the 1970s.