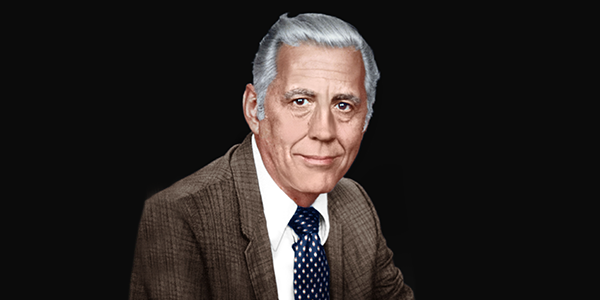 Joe's father was killed during World War I, when Joe was just a baby, leaving Joe's mother, a poor Italian immigrant, to raise Joe and his siblings. After a childhood in Connecticut, service in the Navy during the Korean War and earning a degree on the GI Bill, Joe came west and worked as an electrical engineer.

Joe never had children of his own. He and his wife, Margaret were devoted to their nieces and nephews. "They had an incredible sense of love for us," said nephew Jerry Bleckel. "They adopted us and we adopted them."

Joe worked for Westinghouse Electric Corp. in supply chain quality control until he retired at age 66. When Margaret died of cancer in 2005, Joe continued to live in their home of 40 years in Montecito. The Spanish-style house was surrounded by avocado trees and looked out on Romero Creek.

Joseph enjoys caring for his avocado trees, going to the beach, reading, traveling, keeping up with his 20 nieces and nephews, following the Dodgers, going to church and driving around town. He was fiercely independent and frugal. He could often be seen raking leaves in the perfectly good peacoat from his Navy days.

During the December, 2017 Thomas fire, flames came within a quarter mile of his home, burning much of the vegetation upstream of his home. Joe remained at home. In January, 2018, the area's first major winter storm triggered widespread mudslides and debris flows along major creek drainages impacted by the Thomas Fire - including Romero creek. Joe again remained at home.

The mud swept away his garage and piled five feet high on his walls. Joe was found in the bedroom of his home off Romero Canyon, four days after the storm, after search-and-rescue workers scoured his property for the second time. The mud and debris flow destroyed more than 100 homes and killed 23 people, including Joe.

Years before, Joe had created a trust in which he carefully designated gifts to his beloved family. He also left a legacy for many charities, including United Way of Santa Barbara County, through remainder designations. His charitable giving in his trust mirrored his giving during his life - careful, thoughtful and quiet.